Naughty Rough Sex The Accomplice Brings Him the Prize Pt 2

Naughty Rough Sex is what this blog is all about.  So, let’s get into part two.  So, after she had spilled her fantasies,  I went to my room and called my Pervert Landlord. I told him to come over in 10 minutes. His new fuck toy was waiting for him and he could get as rough and nasty as he wanted.

I went back to the living room and sat on the couch and watched her drink another glass of wine.  As she relaxed more I leaned in and gave her a nice deep kiss. I enjoyed being an accomplice.  Then, I ran my hands over her luscious tits and pinched a nipple.  I wasn’t surprised that she kissed me back, I’d been telling her she was beautiful all night.  Then I took her by the hand and pulled her up from the couch and headed to my bedroom.

After I led her to my bed, kissing her, stroking her and then I gently pushed her down on her back I was ready from some naughty rough sex.  Then, I moved on top of her. I put her arms above her head and fastened them to the headboard with my pantyhose. Whispering in her ear, I told her that she was about to have the hottest, roughest fuck she had ever had.

I swear, I could smell her pussy juices and she smelled good!

Just as i finished tying her hands to the headboard the front door opened.  I yelled out:  “We’re in here, come on back.”  And, that is when I saw real fear in her eyes. Then, not saying a word to her, I unzipped her strapless dress and slid it off her sexy body.  When the Pervert Landlord walked into the room wanting naughty rough sex, the sexy bitch decided to fight and started to kick me.  So, the Pervert Landlord leaned over the bed and held her legs down. Taking out a knife I cut her thongs off and took my time pulling them up over her cunt lips. My landlord was all but drooling over her. When I stepped back, with what was left of her thong in my hand, he didn’t waste any time.  He climbed right up onto her, straddled her body and forced his cock into her mouth.

It was at that moment she learned the difference between a drunken fantasy and reality.  Her eyes got even wider and looked at me in terror.  I told her if she didn’t go along with it I would blast on social medial all the secret fantasies that she confided in me earlier.  I told her I would tell people they really happened.  She knew I was his willing accomplice and she was powerless.

That she was a pain slut, that enjoyed forced submission by both men and women.

I must say, she looked defeated. Tears streamed down her face as his cock gagged her throat.  And I felt my pussy drip with excitement as I watched him violate her mouth.  Then, once he was completely hard, he pulled his cock out of her mouth.

He got down between her legs and slapped her pussy with his cock. Then he leaned forward and bit her left nipple. She screamed, her back arched and then he shoved his cock up into her pussy. I almost came watching them.  She tried to fight him but it was no use. He pounded into her until his balls drew up. He pulled out of her at the last minute and shot his load all over her pretty face and tits.

After that, I was on the prowl to find him new hot meat to fuck instead of having to pay rent.  I honestly loved being an accomplice and tricking those women into my bed…and I still do.

Do you happen to like Cheating Girlfriend Stories?  If that is more you style just click the link and read all about it!

Call my phone sex hotline and do a little Naught Rough Sex with Nicky! 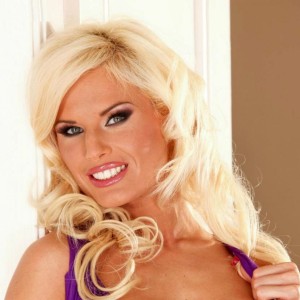