Domination Sex Stories are my favorite, whether I am the one in charge, or you are. This however happens to be a story where I’m not in charge. I really hope you enjoy what you read.

The sound of her heartbeat echoed through her mind as she sat with her own thoughts. Racing with every second that passed, you see she wasn’t very good at waiting. In fact, she hated it. But that’s what her Dominant told her to do.

So, she sat there waiting for him…

Waiting for the moment she could feel her soul awaken with his mere presence. The way he smelled stuck in her head like a fond memory, a memory she would forever crave his Domination. The taste of his skin etched in her mind, never to be forgotten. It’s something she had craved for quite some time. Just waiting for the moment where they were reunited.

She belongs to her Dominant. He owns her… Mind, Body, and Soul.

Never has she been so excited by the simple presence of a man who isn’t actually… In her presence. He has awakened something inside of her, a deep primal craving that can only be satiated by kneeling quietly at his feet, offering herself to him in every way. She craves to be Dominated by him, which strikes her as very odd. It’s something she’s never really experienced before. Something she definitely wasn’t prepared for.

So, Does he notice what he does to her? The way her body reacts when he simply walks into a room? The beat of her heart as he touches her. Can he hear it too? He has to notice, there’s no way. She feels her whole demeanor change when she’s expecting him. Sinking from the strong Dominant girl she is to everyone else. To this weak mousy girl that just craves his Domination. There’s absolutely no way her Dominant doesn’t know.

However, the look in her eyes as she follows his every move like he’s the most important person in the world.

He is the most important person in her world. She worships him, her only desire to please him with her existence.

Vulnerable, opening herself to him. The fate of her sanity in his hands. As she gives herself completely to him with each passing day he earns a little more of her soul.

So, Does he know what he’s achieved? Is he aware of what he’s walking into as she sits, waiting. Waiting for the one person she wishes to give herself completely to.

Does he realize just how far she will go? Her entire existence will become him as soon as he attaches that coveted collar to her neck. Something she longs for, to belong.

Having given herself up to her Dominant, so long ago, the mere thought of finding someone possibly worthwhile drove her to be better.

Lighting the fire in her soul that was so long ago extinguished. Fear striking in the back of her mind as she thinks of the possibilities.

Nevertheless, Did you like what you read in my Domination Story? Feel free to email me: 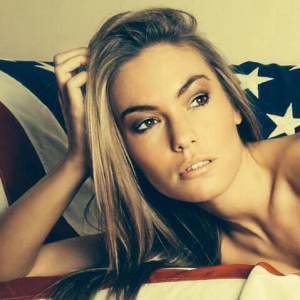